Are There No Qualified African American Lawyers in the Northern District of Georgia?


Federal Officials Appear to Have Difficulty Finding Them. 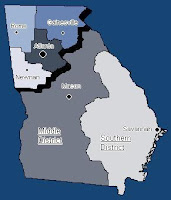 te of Georgia is divided into three federal judicial districts. The largest of these by volume of cases – the Northern District of Georgia – extends roughly from South of Newnan North to the border with the State of Tennessee and includes the Atlanta metropolitan area. This district is home to most of the State’s several hundred African American lawyers. Over the years, these lawyers have included the first African American woman to be admitted to practice before the U.S. Supreme Court, as well as the lawyers who led the battles to desegregate the State’s universities, public schools and places of public accommodation. More recently, the district’s African American lawyers have included three justices of the State Supreme Court, four Court of Appeals judges, perhaps a score of Superior Court Judges, three of Atlanta’s Mayors, two presidents of the Atlanta Bar Association, partners in every major Atlanta law firm, and the Chief Legal Officers for major institutions such as United Parcel Service and Pepsico, Inc.

The larger community has long recognized the depth, breadth, size and qu

ality of the talent pool of African American lawyers in the Northern District of Georgia. For more than thirty years, enlightened policy makers have had little difficulty making quality judicial appointments that reflected the district’s racial and ethnic diversity. At the federal level, Jimmy Carter’s appointment of Judge Horace Ward to the U.S. District Court was followed by Bill Clinton’s appointment of Judge Clarence Cooper. Both of these judges have served with distinction, and Georgia's federal jurisprudence has benefited from their unique perspectives.

Whether this historic trend will continue, however, is unclear.

Normally, the U.S. District Court for the Northern District of Georgia operates with eleven full-time judges. However, due to retirements and elevations to higher courts, the court operates wi

th only seven full-time judges. Moreover, the retirements of Judges Ward and Cooper have created a situation in which - for the first time in over thirty years – the court has no full-time African American judges. Earlier this year rumors began to surface that no African American lawyers from the Northern District of Georgia were under consideration to fill the current vacant positions. These rumors gained credence when the first nominee to fill one of these positions was not African American.

This issue has been 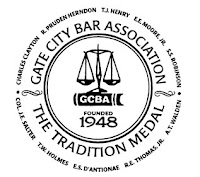 a matter of intense interest within the organized African American Bar. Leaders of the Gate City Bar Association – Georgia’s oldest and largest organization consisting primarily of African American attorneys – recently met with members of the Georgia Congressional delegation to address the complete lack of racial diversity among the court's full-time judges. On June 25, 2010, four members of Congress sent a letter asking the White House Counsel to meet with Gate City Bar leaders to discuss this issue. On June 29, former Gate City Bar President Antonio Thomas appealed to Jimmy Carter and Sam Nunn, asking them to intervene.

The White House Counsel has not even acknowledged the request for a meeting with representatives of the Gate City Bar, much less respond to it. Instead, on July 14, 2010, the President announced his intention to nominate an African American male to the U. S. District Court for the Northern District of Georgia. However this announcement did nothing to dispel the rumor that African American Lawyers from within the Northern District had been eliminated from consideration, because the President’s nominee resided - and was then sitting on a Superior Court bench - in the Middle District of Georgia.

It is unquestionably within the President’s legal authority to nominate and appoint a judge who does not reside in the district where the vacancy exists. Such an out-of-district appointment may be particularly appropriate when filling a vacancy in a district in which qualified candidates are scarce. However, the notion that there is a scarcity of qualified African American candidates within the Northern District of Georgia is highly questionable.

In the present case in the Northern District of Georgia, the nomination of a candidate from outside of the district raises a number of troubling questions, including the following: Is this nomination intended as a slap in the face to those highly qualified African American lawyers who live and practice in the Northern District of Georgia? Or does the nomination merely indicate that those involved in the selection process lack the competence or the diligence to find such lawyers? Or do they lack the interest in finding such lawyers?

If there is any "good news" in this story, it may lie in the fact that the process of filling these vacancies is far from over. While there are a total of four vacancies, there have only been two nominations, and the confirmation process for those two nominees has barely begun. More importantly, there remain two vacant positions for which the President has made no nomination at all. Thus it's not too late to fill these positions in a way that acknowledges the vast talent pool of African American lawyers in the Northern District of Georgia.

Moreover, this court has never included an African American female judge. In light of the district's vast talent pool of Black women lawyers, the appointing authorities have a significant opportunity to break a gender-based glass ceiling on Georgia's federal bench.

They should think twice before squandering this opportunity.

ance to our actual Constitution.

To view the entire story, click the title below:

ACSblog | Strange Brew: The Constitution According to the Tea Party | American Constitution Society
Posted by Charles Johnson at 4:30 AM No comments:

The Southern Regional Council (SRC), founded in 1919 to combat racial injustice, established the Lillian Smith Book Awards in 1966 to recognize writing which extends the legacy of the outspoken writer who challenged all Americans on issues of social and racial justice.
Since 2004 the awards have been presented by SRC in a partnership with the University of Georgia Libraries, whose Hargrett Rare Book and Manuscript Library houses a historic collection of Lillian Smith's letters and manuscripts. Since 2007 this partnership has also included Georgia Center for the Book, and the awards ceremony is now presented on the Sunday of the Labor Day Weekend as part of the Decatur Book Festival in Decatur, Georgia. Excerpts from the 2008 and 2009 awards ceremonies may be viewed through the links on this page and through the Video Bar.

The 2011 awards ceremony will be held at the Decatur Branch of the Dekalb County Public Library in Decatur, Georgia on Sunday, September 4th. 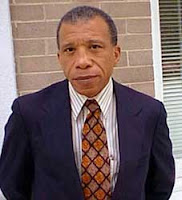 Ward spent 20 years as the Lawrence Durgin Professor of Literature at Tougaloo College in Jackson. He is recognized as one of the leading experts on Richard Wright.
He is editor of The Richard Wright Encyclopedia, published by Greenwood Press; founding member of the Richard Wright Circle; and author of The Katrina Papers.
Posted by Charles Johnson at 1:16 PM No comments: